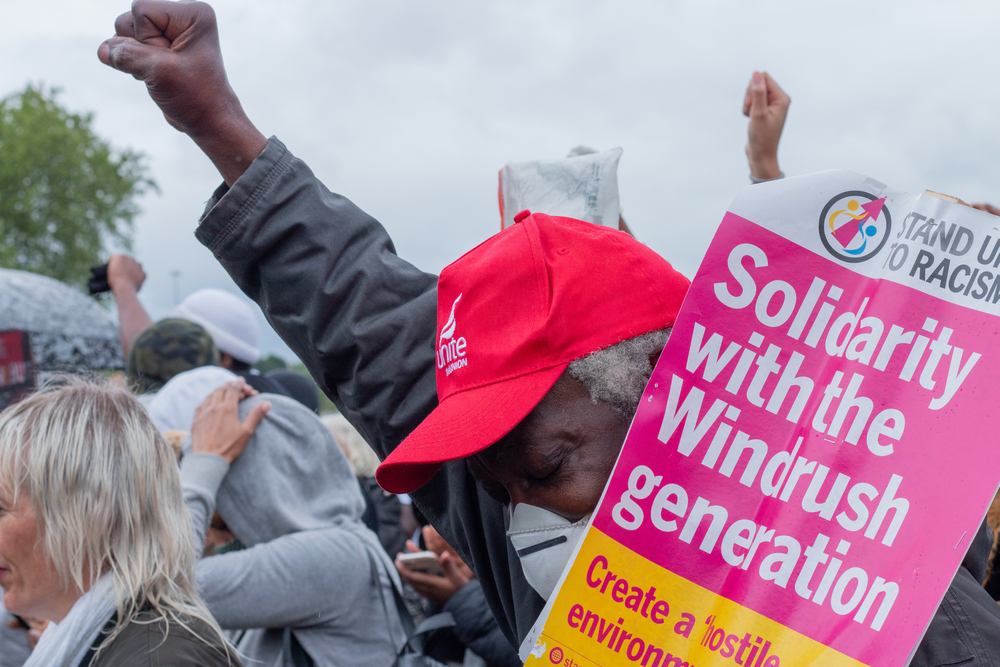 In this guest blog, to commemorate Windrush Day 2022, Dr David Chung, Co-Chair of RCEM’s Equity, Diversity and Inclusion Committee, explores the background of and pays tribute to the Windrush generation.

When I was a child, the name Windrush was not a thing. I was a West Indian, but our stories were not told. Today it is feels right that a seed which was tumbling through the winds of time has landed, taken root, and now is a tree, strong and beautiful, with a name.

This story has a long bloody preface, but the most relevant chapter starts in the Second World War. It is not well known, but the part of the British Empire which contributed the most service personnel per capita was the then British West Indies. It might seem incredible to modern minds but West Indians considered themselves British, and it was unthinkable that they would not leap to the defense of the “Mother Country”. They included such notables as RAF Officers Ulric Cross from Trinidad, and from Jamaica Billy Strachan and the almost superhuman Dr Arthur Wint, a pilot who would go on to be an Olympic Sprint Champion and then a Doctor, before serving as High Commissioner to Britain and Denmark. They also included my Uncle Hughlyn Koo, who was RAF Ground crew, his first taste of Britain was a rain drenched Greenock.

The RAF, unlike the other services, did not have a Colour Bar, which is why over 6000 West Indians served in it, to great distinction. The Merchant Navy also had thousands of West Indian seamen, many of whom lost their lives.

It was not all patriotic duty, the West Indies suffered badly during the depression of the 30s, and this did not change after the war. When a Britain reeling and battered from the war found itself short of labour for essential work, the call went out, and again The West Indians answered, glad for the opportunity. Those who had already served were happy to return, many of those on the Empire Windrush were ex-service persons.

Things had changed in Britain, and despite the need the welcome was not as warm as before. It was also a massive culture shock for the younger members of what we call the Windrush Generation like my Dad, who, thanks to his colonial education believed the hype. The biggest shock to them was to see poor white people, working as dustmen, or worse. That would have been inconceivable in Guyana, his home. The world was starting to shift on its axis. Years of indoctrination were unravelling, Independence for the West Indian Nations was a dream no longer.

Despite facing massive prejudice, racism and struggles for recognition, these “British Subjects” who found themselves cast, to their dismay as unwelcome outsiders did what immigrants have always done. They put their heads down and grafted. Most of them were not intending to stay long, just long enough to earn what was needed for that plot of land, or house back home. The remittances flowed back to support those who couldn’t come. Families had to endure being split up until things were stable enough for them to be reunited, or “sent for”.

The West Indies are a racially diverse place, and that is reflected in the diaspora. It’s why I have to explain why I don’t speak Chinese. Find any family photos of West Indian families and there is a good chance you will find more than one race represented there. If you see what you think is a black person with a Chinese name, they are very likely to be from the Caribbean. There are very large South Asian populations in the Caribbean too. Sugar cane was the common denominator as to why so many disparate peoples ended up there. We are all descended from Cane Reapers. Out of many, one people.

Five years became ten, then twenty, then before you knew it you were retiring. If you were lucky you might have done enough to get that house back home, although once there you might realise things had changed so much the UK was your home now.

Unfortunately, more recently, the name Windrush has become associated with more negative things. There are those that will say, with some justification, the story of the West Indians in the UK has always been one of promises unfulfilled and betrayal, and this is just the true picture of the West Indian experience here. It is a lesson that has not gone unnoticed by the children of the Windrush Generation.

One word, so many meanings, so much power and so much history. So many stories, many untold for so long, a word that has become a cipher for a whole generation of immigrants and their descendants.

A voyage which has, improbably, transcended time to become a legend, a precious jewel containing a heritage I can sit down and teach my children about. This is why you are here, and nobody can tell you that you do not belong here.