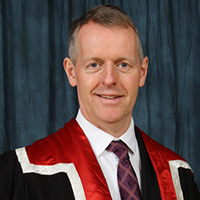 Sunday 2nd of October (still Vice President of Policy)
I travelled up to Birmingham for the Conservative Party Conference and attended a health event led by the Secretary of State for Health and Social Care. The event was in a small hot, noisy room overfull of people lobbying anyone in government, a good analogy for emergency care. Finished with nice dinner with Luke and Pooja from the Policy Team.

Monday, 3rd of October (still Vice President of Policy)
A flat-out day at the Conservative Party Conference; full of young men in sharp blue suits, lobbyists and older party members. A political party conference is not like a medical conference, the breadth of activities is so wide; transport, defence, environment, multiple special interest groups, foreign policy and so on. It’s a bit of a circus, I don’t think I’ve seen a stand demonstrating surface to air missiles at a conference before. You walk through all sorts of noisy protests to get into the main conference. Pooja kept us moving from meeting to meeting. We had useful closed meetings alongside other Royal Colleges with MPs, all trying to build understanding of our particular problems and gain influence. After leaving the conference, Luke and I flew to Belfast arriving in the middle of the night and shared a taxi with other conference delegates.

Tuesday 4th of October (Handover)
The first day of the Annual Scientific Conference in Belfast, they had got an excellent venue. It was lovely to meet so many emergency physicians in person. There’s always an odd moment when you actually meet someone face to face for the first time, but already know well from Zoom meetings. By accident or design, the conference felt like it came at exactly the right time for people to reconnect. A lightening papers session covered everything from hair tourniquet syndrome, pre-hospital anaesthesia, frailty and carbon monoxide. Katherine hung the presidential bling around my neck and off we go.

Actually, off to the pub with some of the Vice Presidents, a trainee and an ACP for a celebratory pint and a burger. Is it a conference tradition to break bread with someone you have never met before? It should be. I find myself being added to lots of WhatsApp groups and receive lots of heartwarming goodwill messages. I decide not to look at Twitter for a while, going from five thousand followers to thirteen thousand in an afternoon is unnerving.

Wednesday 5th of October (Actually President)
A restless night before the inaugural speech and a couple of last-minute amendments. I’m not normally nervous before public speaking, but this one did get to me a little. I try to set out the RCEM priorities for the next three years; dealing with crowding and exit block, looking after the workforce, rebuilding trust in the exams system and standardising our specialty.

At the Annual Scientific Conference, it’s impossible to not feel a little amazed at how far we have come as a specialty since I went to the first British Association of Accident and Emergency Medicine meeting in 1998 at Churchill College in Cambridge. I watch the Rod Little prize session remotely with a sense of pride and nostalgia. I took part in the Women in Emergency Medicine Special Interest Group’s (WEMSIG) sexism debate. I briefly consider whether I can avoid alienating one half of the membership, either male or female, on my first day and try to walk lightly through the minefield.

A lot of walking around meeting people and just generally soaking up the nice atmosphere.   I get the nuclear codes (passwords) for the presidential email and the Twitter account. Luke and James from the College communications team look anxious. I have dinner with Paul Atkinson, Maya Navarani, Ellen Webber and Steve Goodacre. I make a note not to be over 15 stone at the end of three years.

Thursday 6th of October
Last day of the conference. The news is alive to the nurse’s ballot on industrial action, we turn down media requests for interviews. Whatever we think personally, the College isn’t a union, and we just can’t comment on terms and conditions. I watch Matt Reed deliver the professorial lecture playing ‘I get knocked down, but I get up again’ by Chumbawamba, which seems appropriate for EM. This was beautifully followed by the William Rutherford award presentation by Derek Harborne and Prisca Kizito, which showed the power of our specialty in Uganda. Lots more bumbling around and connecting people. I chair a conference session which included some alarming facts about medical cybersecurity. I don’t think I’ll ever look at a pacemaker or insulin pump in the same way again. A nice final dinner with Katherine Henderson who looks three years younger than at the start of the conference.

Friday 7th of October
An informal visit to an emergency department with Paul Kerr, RCEM Vice President of Northern Ireland. Many of their issues will resonate around the UK. They have an expanded footprint and fragmented estate since the pandemic and have done everything in their gift they could have done to look after their patients, but the exit block was hideous. The staff and patients in their majors area were being harmed by poor flow and a lack of system risk ownership. Then a couple of remote meetings at Belfast Airport which makes a nice background, before a flight back to Stansted and a collapse into bed.

Saturday 8th of October
A morning spent getting to grips with new inboxes and diaries. The next three years are going to be a lot of work, but I’m determined to enjoy it and do it as well as I can.