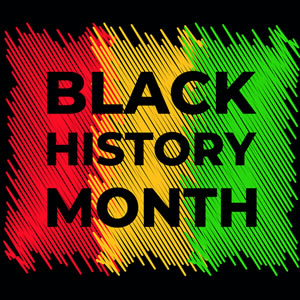 Tell us about yourself and your background?

My name is Edward Oforka and I was born in Nigeria. When it comes to identity, Nigerian, Black and Christian are how I strongly identify. I am one of six children born to working class parents and was one of the first in my family to go to university. I couldn’t have imagined it, but with amazing stroke of luck and encouragement from everybody around me at the time, I went off to medical school. I ended up doing quite well and winning a number of awards. During my National Youth Service working in a Catholic hospital, one of my patients said to me that I was too good to be practicing in Nigeria and that England was the place for me. At the time, this was a kind of validation for my ability as a doctor so the seed to come to England was sown and materialised about 3 years later. In retrospect, I see the folly in falling for the suggestion that good doctors should leave Nigeria and go England. In other words, Nigeria did not deserve good doctors. When I talk about it now, the decision I made leaves me with a bit of shame but at the time, I only saw it as an opportunity of improving myself professionally and financially.

Why did you choose Emergency Medicine?

I always say that I did not choose Emergency Medicine as a Specialty but faith landed me there.. I have never looked back and have enjoyed every day of doing it. A good Nigerian friend and mentor of mine told me the first time he found out my desire to pursue a career in plastic surgery, “Eddie, it took me 8 years to make my decision to leave surgery and enter EM, don’t let it take you that long.”  It still took me nearly 5 years before I saw the light. What he meant was that in those days, there were specialties where it was difficult for foreigners to progress in, but Emergency Medicine would accept Black people into training to become consultants because the specialty was still young and considered harder work.

I was a plastic surgery trainee before coming to England and on arrival to England, passed all the necessary exams and started as a junior doctor in plastic surgery. All my overseas experiences were discarded. After passing the Surgical Fellowship exams, I just couldn’t get a training number, which would have enabled me to progress to further training to become a consultant in plastic surgery. After several interviews, it was looking quite unlikely that I was going to get the opportunity I needed to progress and my only option was to settle for staff grade if I wanted to stay in plastic surgery. While no one explicitly mentioned my race, it was difficult to justify it any other way. It appeared as if the system was designed to keep people like me working independently at middle grade level for service provision and not allowed to become consultants and yet we were allowed to train the special ones who were allowed to progress to consultant grade.

At that time, there were very few Black consultants in plastic surgery and it certainly wasn’t for any capability reasons. Looking around then, most staff grades were Black like me, who the system had directed out of training. The most painful part is that we were considered experienced enough to work independently to maintain the service and good enough to help teach the future consultants. Despite being aware of this, I kept working hard and believed that my abilities would get me through. The decision point for me was when, as a locum middle grade in a department, a training number became available and after the interview it was given to a junior doctor who got their surgical fellowship a few months earlier but I was 3 years post fellowship and was actually teaching him how to perform some basic plastic surgery procedures. My post-interview feedback was that I wasn’t the best man on the day and that they were happy to make the available staff grade position a substantive post for me. At that point, I knew that if I couldn’t be considered a better candidate against someone who had significantly less experience than me and was literally my student, then I didn’t see the possibility that I was going to suddenly become better than anyone else. So I applied for a training number in Emergency Medicine and got the job from the first interview I attended. The rest is history!!

That’s how I ended up in emergency medicine and found the place I was supposed to be. As a specialty we now celebrate its diversity but it’s important to understand how it became so diverse, especially for colleagues of my generation – I know my story is not unique in this regard.

What are the highlights of your career?

Apart from joys of the family, being brave enough to leave plastic surgery and getting a training number in emergency medicine knowing that I will become a consultant gave me one of the greatest moments in my life. I never wanted to remain a staff grade because, in those days, it was rarely by choice. Successfully completing the training was liberating. More recently, I was very delighted to join the Royal College of Emergency Medicine Equity, Diversity and Inclusion (EDI) committee. I was overjoyed to be chosen to be a part of this group. Considering my experiences, I have cared about EDI issues for a very long time, and have advocated for improvement in the experiences of Black people in all my roles as a clinician and teacher. Joining the committee has been the highest level I have been, where my voice could be heard and I am grateful for the opportunity.

What advice would you give to Black trainees?

Do not let the way you get treated by others affect your confidence and the desire to get to the top. When people treat you differently from the way your non-black colleagues are treated, it can be easy to fall into the trap of making adjustments about yourself. Do not lose your individuality or hide your differences in order to fit into the system. In my early days, I had comments made about my communication skills and was told I had issues with it. However, when I asked for further explanation or examples to help me improve, it was always about my accent or the tone of my voice. It was never because they couldn’t understand me but I have learnt poor communication skill is used to describe a lot of things that are cultural differences. In some scenarios you may discover that you are described as rude and aggressive for standing your ground, but for another colleague would be described as confident and assertive. Do not be frightened to politely challenge what people mean by their comments. Often they are unfounded and people try to mask what is actually discrimination behind the guise of professionalism. However, never allow yourself to get to the point of losing your cool or burning bridges as a way of showing your upset.

What does the NHS need to do to tackle racism?

Well the system is such that on paper you are encouraged to complain but sometimes when you do, the system is in denial and asks for evidence that is difficult to provide, which then works against you. Feeling discriminated against is difficult to put into words especially when it is systematic. This is why groups like the EDI committee at the College are so important in the drive to make system wide changes and highlight the power of allyship. On a more individual basis, brave bystanders should play crucial role in keeping colleagues and service users accountable. It should not always be up to the victims of racism to stand up to perpetrators on their own. Some of this emotional labour can be performed by bystanders as you don’t have to be Black to call out racism when you see it. There isn’t enough encouragement in the system for people to do that.