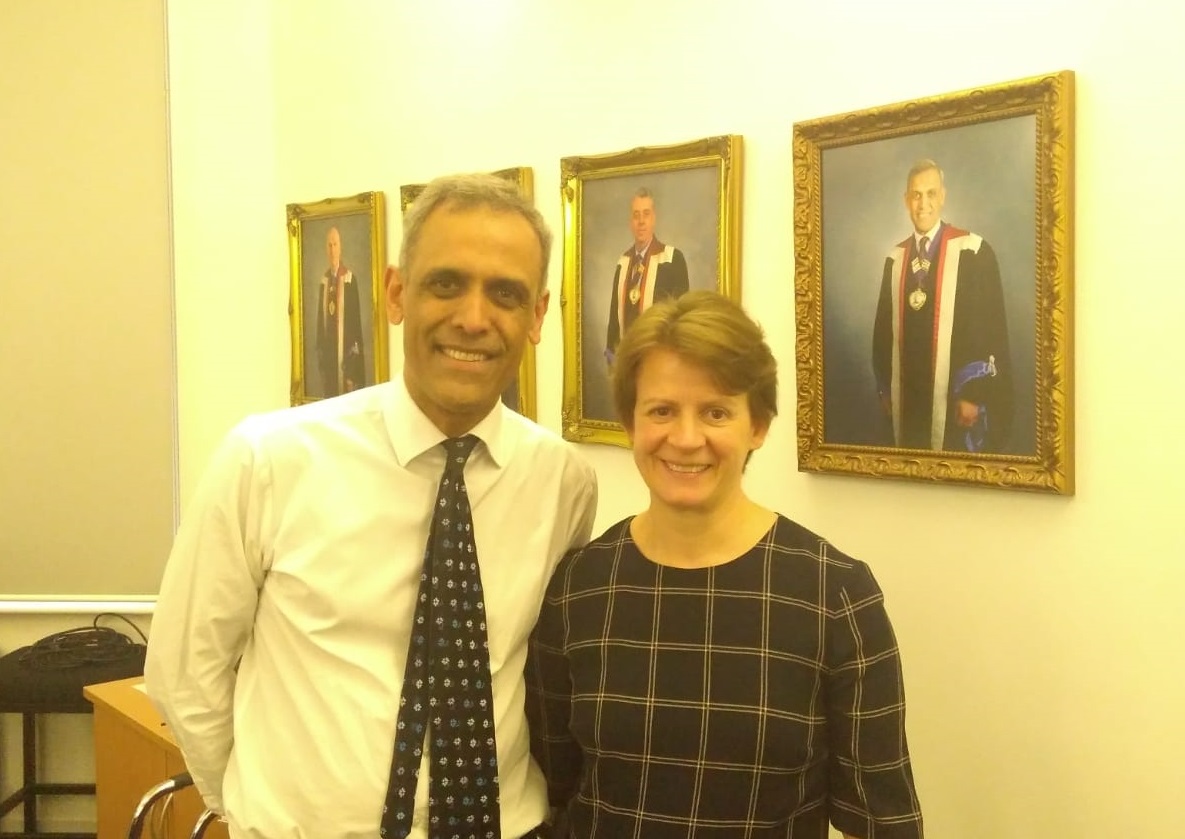 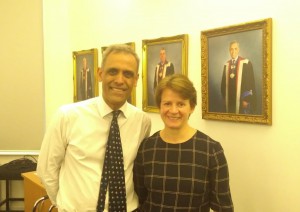 April has brought Spring and the ‘winds of change’.

It was a great pleasure to be able to announce last month that Dr Katherine Henderson will be the next RCEM President. I have known Katherine for well over 20 years and have absolutely no doubt that she will do an absolutely fantastic job for us when she starts in October. I look forward to working closely with Katherine in the coming months as she prepares for presidency. We must of course also pay tribute to the other two candidates in the race, Chris Moulton & Carol Gavin, who provided such strong competition – and have known them for even longer. RCEM is indeed fortunate to have such excellent people in so many leadership positions and we hope that they can continue to contribute to the work of the College. Speaking to them I know they are keen to do so.

The other major news of the past few weeks has been of course the decision by NHSEngland to publish its proposals for new standards in emergency care as part of the Long Term Plan. This unfortunately has got off to a rather inauspicious start as there was not much consultation or collaboration prior to the launch. Indeed there does not seem to have been much consultation generally it seems at face value that has involved any of the Colleges.

I would say three things to assuage concerns and I hope to create a strong way forward.

Complexity
The four-hour Emergency Care Standard (ECS) is as we know a highly complex metric.

The College has held a firm view that it is the best available ‘patient flow metric’ of system performance as a part of a wider suite of quality standards that should be used by policymakers and provider organisations. This approach allows a consistent way to monitor performance and target areas for improvement and resource allocation. It also acts as a powerful surrogate marker of safer care by helping to monitor crowding which has been proven to add a graduated risk of avoidable harm to patients.

The publication by NHSE of its proposals occurred on the same day that RCEM published its guidance on Quality Standards in EDs. Discussion has confirmed that there is agreement that any revised standards must have a ‘patient flow metric’ which is at least as effective and meaningful to emergency care as the four-hour ECS. There is also agreement on the need for additional quality standards that will reflect the domains of safety and which measure clinical care in the ED. However the RCEM and the Royal College of Nursing Emergency Care Association strongly believe that such quality standards should not be condition-specific, but should be based on markers of urgency or acuity. These would build upon and complement well established internationally recognised existing triage systems that already prioritise the care of the critically ill and injured.

Consensus
We also know that good systems build consensus and take ownership of the four-hour ECS as a true system metric. This minimises the likelihood of ‘gaming’ and maintains the patient at the very heart of the quality matrix. Similarly, when attempting to review standards in emergency care at a national level it is quite right that the major specialties who are involved should come together to build consensus on how best to move forwards. Sir Harry Burns in his review of healthcare standards in Scotland did just that in 2017 for example and the four-hour ECS was retained as being the best available. We therefore strongly support the need for careful design and evaluation of any testing in clinical environments of proposed revised standards in emergency care.

We know of course that many emergency care systems are struggling badly due to lack of resourcing in key areas such as staffing, infrastructure, acute bed capacity and community care. The major group of patients affected are those on hospital corridors waiting for 4-24 hours or more for an acute hospital bed. Others secondarily affected also include mental health patients, the critically ill and also children to a lesser extent. In addition an increasing proportion are those awaiting delayed elective surgical care who are now presenting to EDs with secondary complications.

Staffing levels of nursing and medical staff within Emergency Departments and the wider acute care systems in England ( as well as the rest of the UK & Ireland) often continue to be stretched on a backdrop of a chronic workforce crisis. Many parts of the emergency care system do not operate effectively in the evenings or over weekends and bank holidays. At present emergency care system performance in England is at the lowest level since records began in 2004. Safety for patients is increasingly challenged in such departments on a regular basis. This is occurring in the mildest winter, with low levels of other seasonal factors such as flu and norovirus.

Collaboration
If we are to move forward well then we must find ways through building consensus to collaborate well. Testing and evaluation of new proposals of quality standards in this highly complex field will therefore require a careful collaborative framework in order to maintain safety and also to produce objective meaningful results on this backdrop.

Testing should demonstrate links to improved outcomes. The metrics used to determine success or failure of testing should be carefully thought out. Any testing or indeed premature roll out of revised policy in this important area that destabilises existing systems or further compromises safety, we believe will risk significant unintended consequences.

I will be working hard in the coming weeks and months to work with senior colleagues in other Colleges, the RCN and indeed with NHSE/I to do those three things – sharing expertise on complexity of what we are trying to achieve, building consensus and ensuring we collaborate well to build strong frameworks for the measurement of a powerful set of quality standards in emergency care.

And finally…
The introduction of the four-hour ECS in 2004 produced a new cultural paradigm which is woven into the very fabric of modern day emergency care systems in the NHS. We will be advocating strongly that any revision to that metric should and will rightly retain the very best of what it achieved and address some of its limitations. You will know that we had ‘Quality Indicators’ as one of the 10 strands of work within the RCEM Vision 2020. This is our chance to get this right for the next decade for the Long Term Plan and we will knock at every door till it is delivered well by applying those key principles.

Have a good month.